The Indonesian legend of the sea mermaid originates from Syria. The Syrian deity Atargatis was a goddess of fertility and a guardian of the Syrian people. Since the lower part of her body resembles a fish, Atargatis is often referred to as a mermaid goddess. Ancient stone inscriptions at Ugarit, an ancient port city in West Syria, also mention Atargatis as a fish goddess. 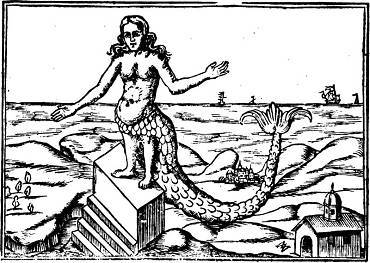 Indonesian legend has it, that Atargatis was suffering from overwhelming disappointment in love. After having suffered from a broken heart for a considerable length of time, she decided to seek true love elsewhere. Thus, she left Syria and swam all the way to Indonesia. In Indonesia, the mythical sea creature soon became known as Putri Duyung. According to ancient animist belief, the weeping mermaid represents a woman’s heartfelt pain and suffering when she is left by her lover who has gone with the wind. 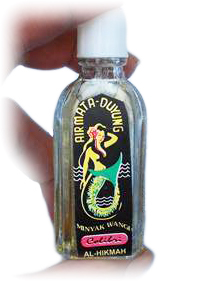 Hence, the shedding of tears is an expression of the devastating sorrow and despair. In this way, the mermaid is crying her heart out for her lover. Putri Duyung tears are therefore considered an extremely powerful means for enchantment magic. This kind of magic is especially popular among women, who often use it to restore a broken relationship. It is said to be one of the most powerful seduction charms in Indonesia, for it can make one’s ex-partner return to you. 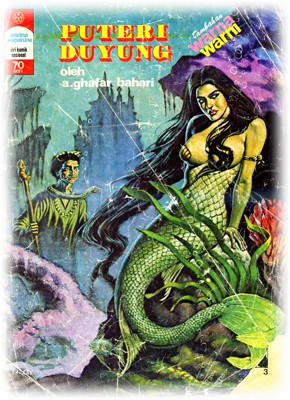 Yet, of course, the Putri Duyung charm oil is commonly used by men as well. Because men too can benefit from the mystical powers of the mermaid goddess. Since ancient times, sailors have spoken about the great mysteries of the marine world. Perhaps the most famous tale belonging to traditional folklore, is that of the mermaid – a beautiful maiden whose physical body is half human/half fish. According to mythological stories, the mermaid is considered to be a celestial sea creature of divine origin. Her appearance is characterized by an extraordinary charming beauty, which induces an irresistible temptation for men. For this reason, Putri Duyung is commonly known to arouse a man’s sensual desire and passionate longing, which makes this mystical oil the perfect choice for those who seek an effective way to increase one’s libido. 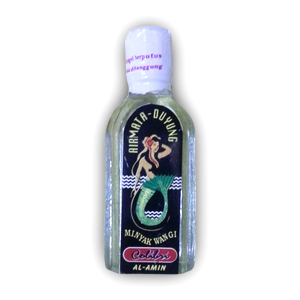 In addition, the mystical oil can be used to attract attention from the opposite sex. Also, the magic powers of Putri Duyung can help to make a person fall in love with you. Furthermore, Putri Duyung is known to be able to enhance romantic relationships, and to spice up one’s love affair(s). To use the oil, one should anoint a few drips onto the skin of the targeted person, or onto one’s own skin for increased charm and attraction.