Wedhung (alternative spelling: wedung) is a traditional weapon from Java, Indonesia. The origin of this wide-bladed knife lies in Wedung, a subdistrict in the Demak Regency, Central Java. In the last quarter of the fifteenth century the first Muslim state was founded in Java; i.e., the Sultanate of Demak (1475–1548). After the last Hindu empire (Majapahit: 1293–1527) in Java fell under the rising power of the islamized state of Demak, a socio-religious reform took place in the sultanate. As a result of various socio-cultural innovations, the royal blacksmiths (Javanese: empu) of Demak introduced a new kind of dagger; i.e., the wedhung. 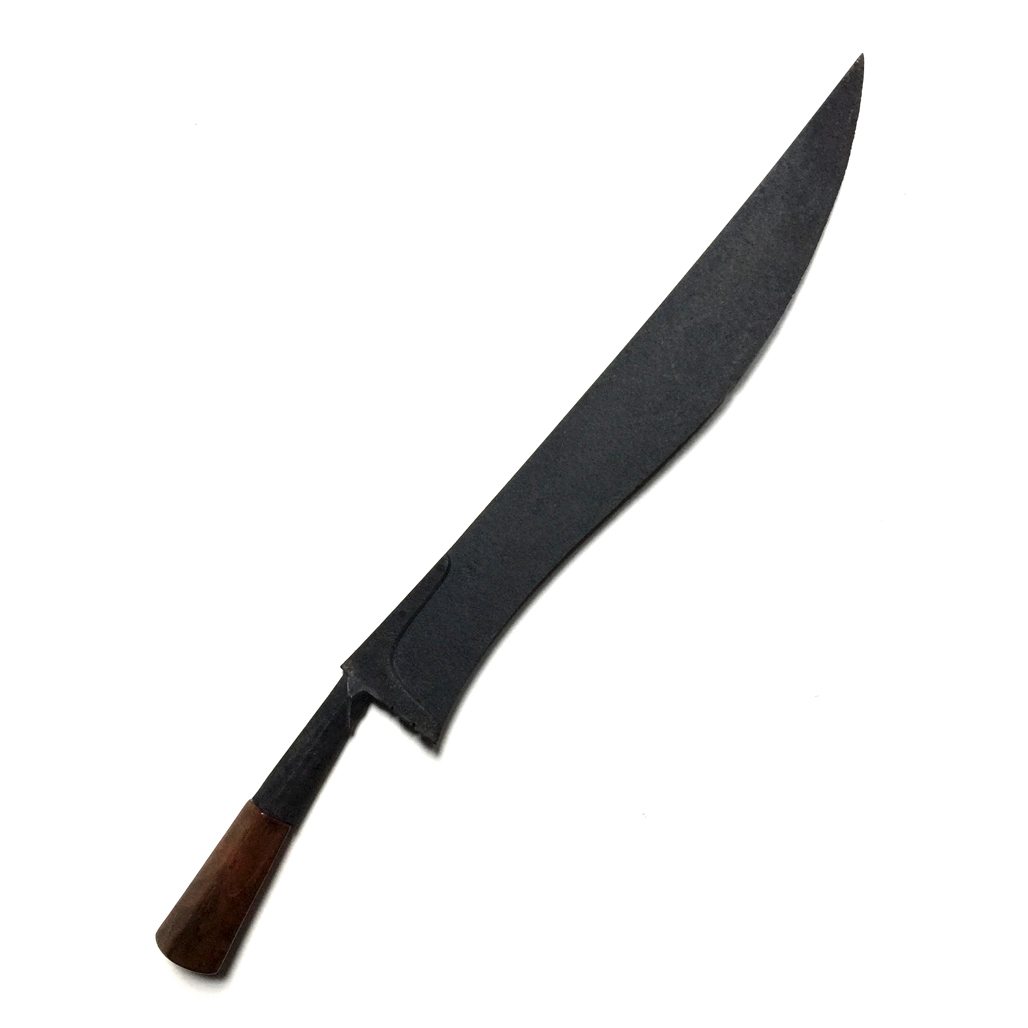 The wedhung has a single-edged blade and a small hilt. The pointed dagger’s blade is sharpened only on one side. The back of the blade is blunt. Usually the blade also features a pamor motif, though there are some very rare exceptions where the wedhung is forged without a pamor pattern. Through forging a sacred pusaka (heirloom) without pamor (i.e., pamor ‘keleng’) the empu thereby places a greater emphasis on the extraordinary quality of the iron of the blade itself. 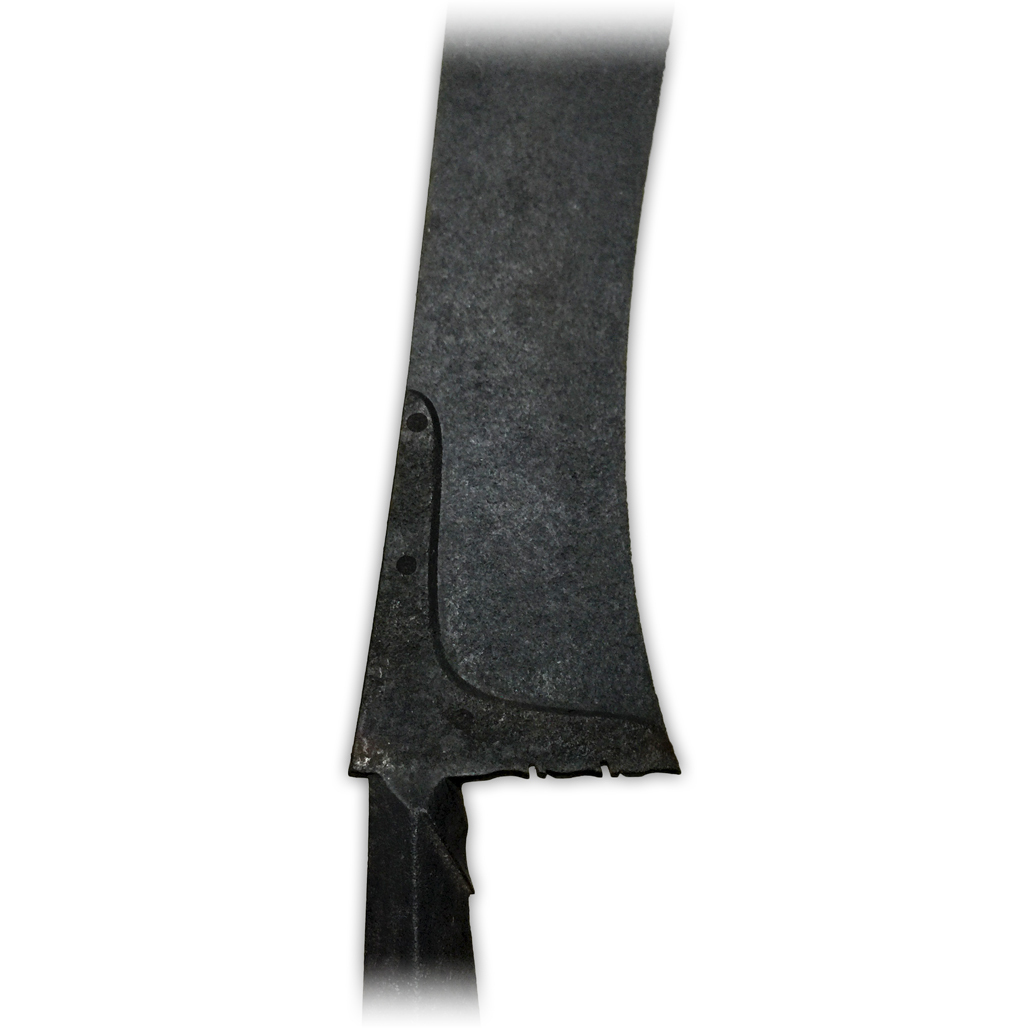 In addition, the ancient iron blade of the wedhung is attributed with several different ricikan components, namely: a flat ganja; a pointing sirah cecak; a short tikel alis; a long sogokan; and a fairly large and long lambe gajah. Indeed, the base of the blade is reminiscent of the greneng part of a keris. Thus, due to the weapon’s unique design and distinguishing features, the wedhung soon became the trademark of the region. 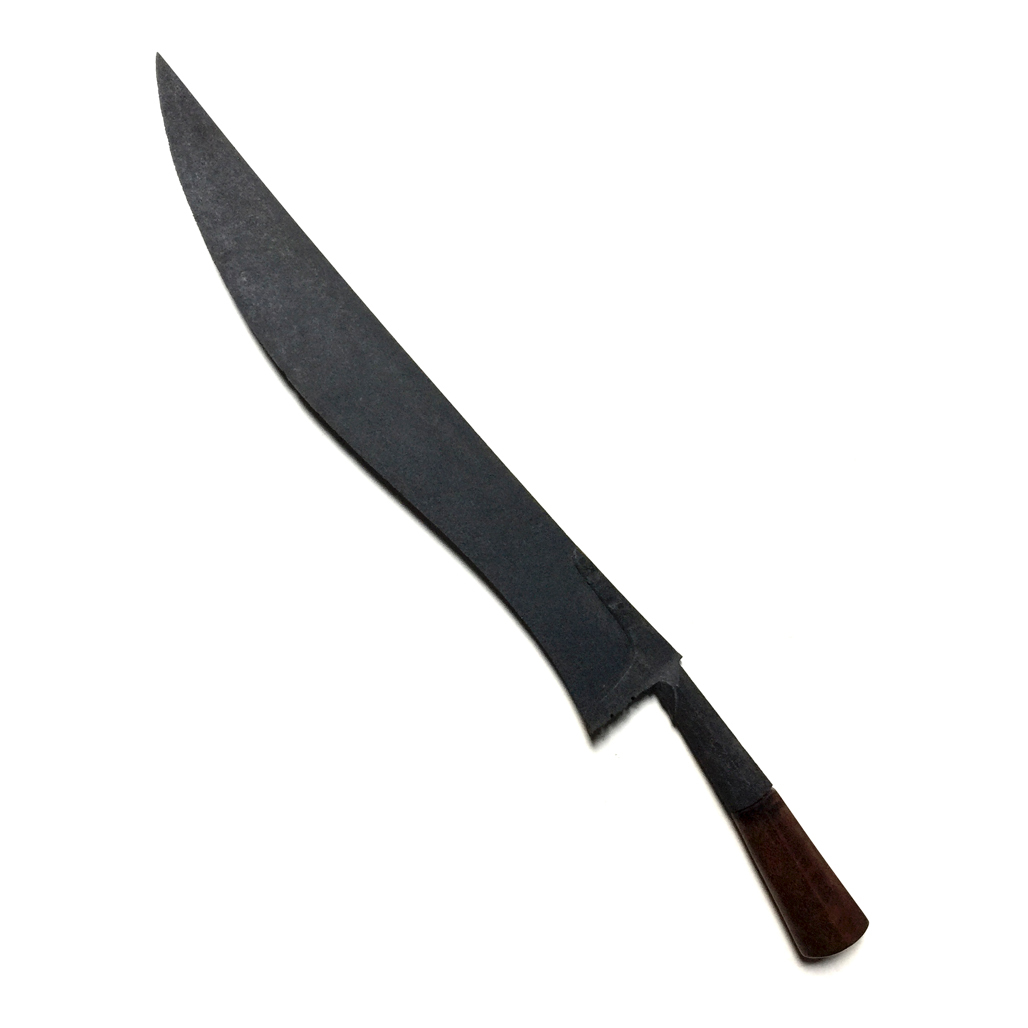 Though initially it served as a stabbing weapon, the wedhung later developed into an important symbol of social status. It is said, that, the third and greatest ruler of Demak, Sultan Trenggana (r. 1522–1548), wore a wedhung with court dress during his official coronation ceremony at Masjid Agung Demak (‘Great Mosque of Demak’) – one of the oldest mosques in Indonesia. Thus, in ancient times the wedhung was an important item of royal attire. Unlike keris, however, the wedhung can be worn both by male and female officials of the royal court (Javanese: kraton). 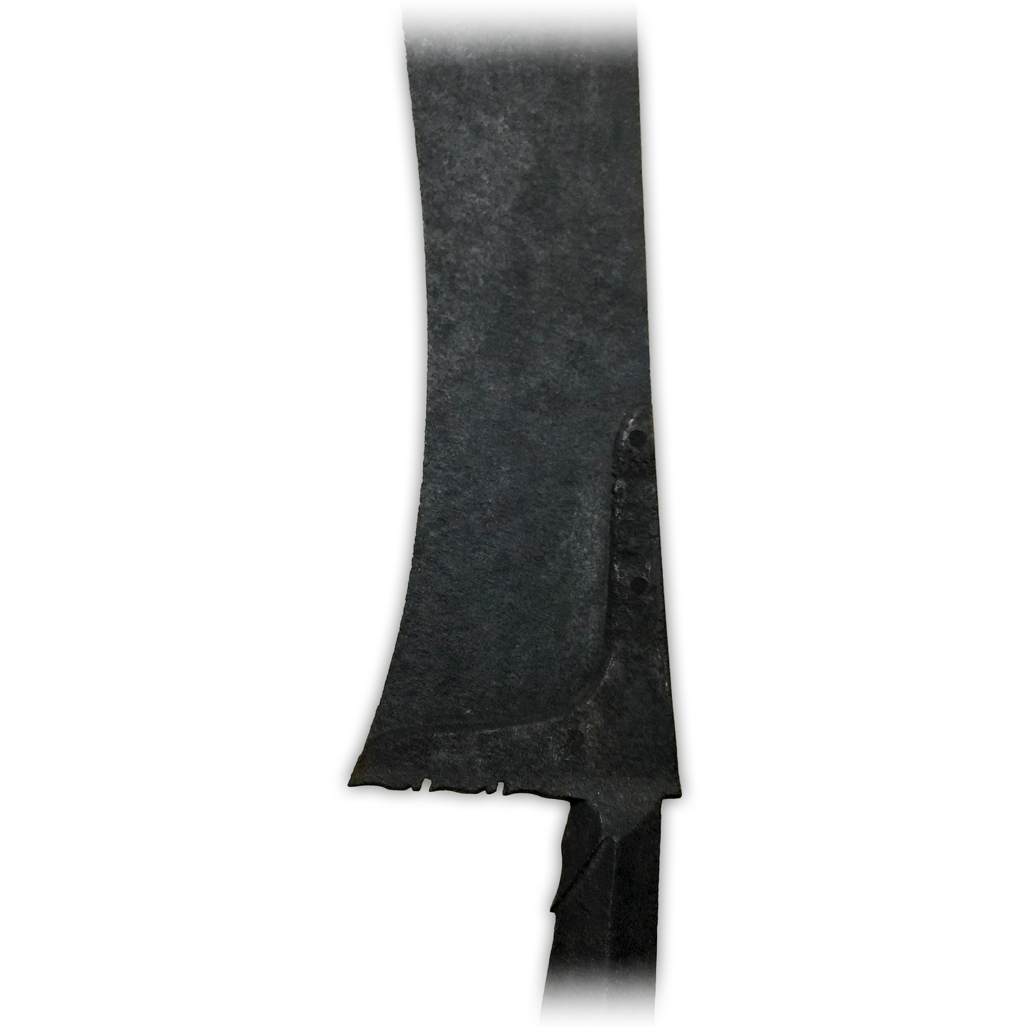 The cleaver-like knife is carried at the waist (through the so-called ‘appendix carry’), tucking the back of the sheath inside the setagen (traditional waist belt) of one’s sarong. Traditionally, this type of weapon features a slip on belt clip, which is made either from tortoise shell or buffalo horn. However, the warangka (sheath) itself is carved from a high-quality wood, such as trembalo wood of the Java Cassia tree (Lat. Cassia javanica L.). 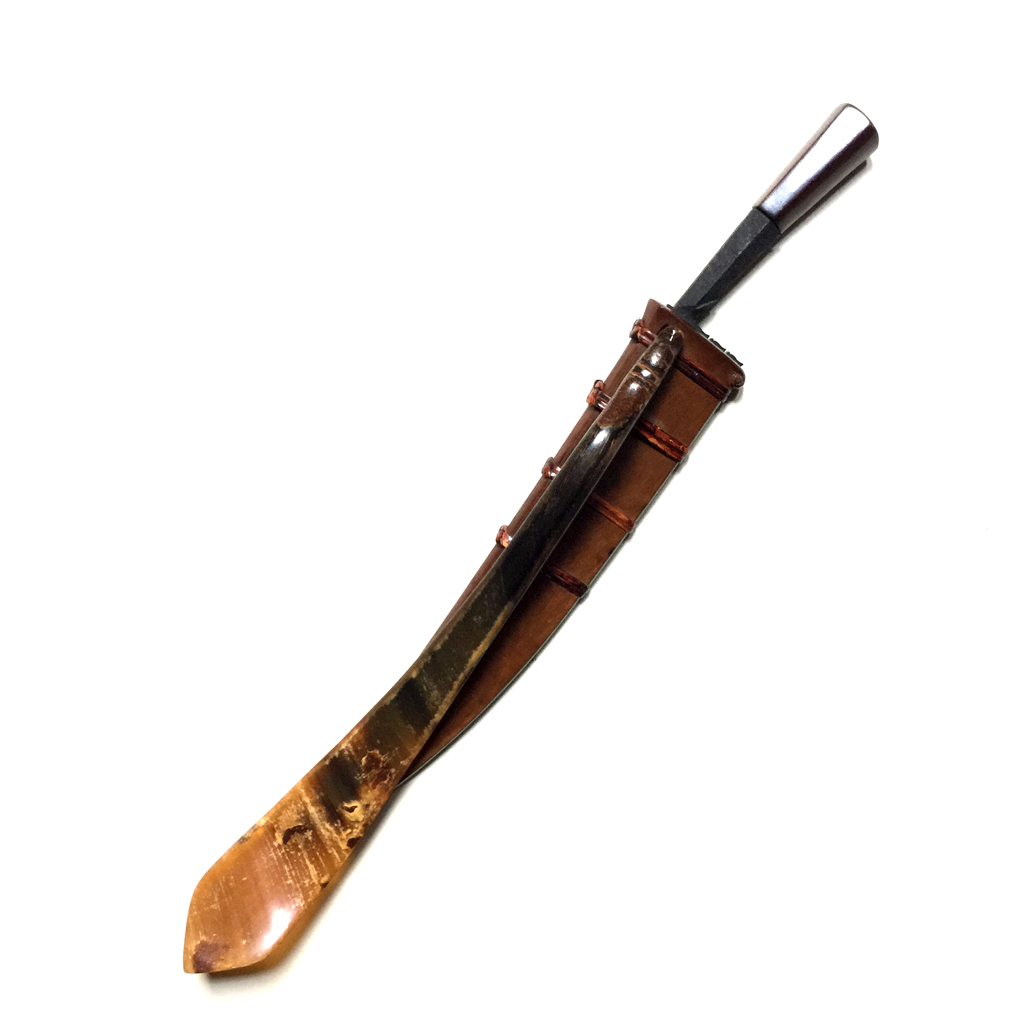 Furthermore, the wedhung holds various kinds of esoteric powers, including the magical ability to enhance one’s authority, to improve a person’s leadership skills, to increase the owner’s social status, as well as boosting his or her charisma and reputation. Moreover, considering its immemorial usage as a genuine heirloom item, the antique wedhung is naturally also endowed with mystical properties which can help protect the owner from various kinds of danger. 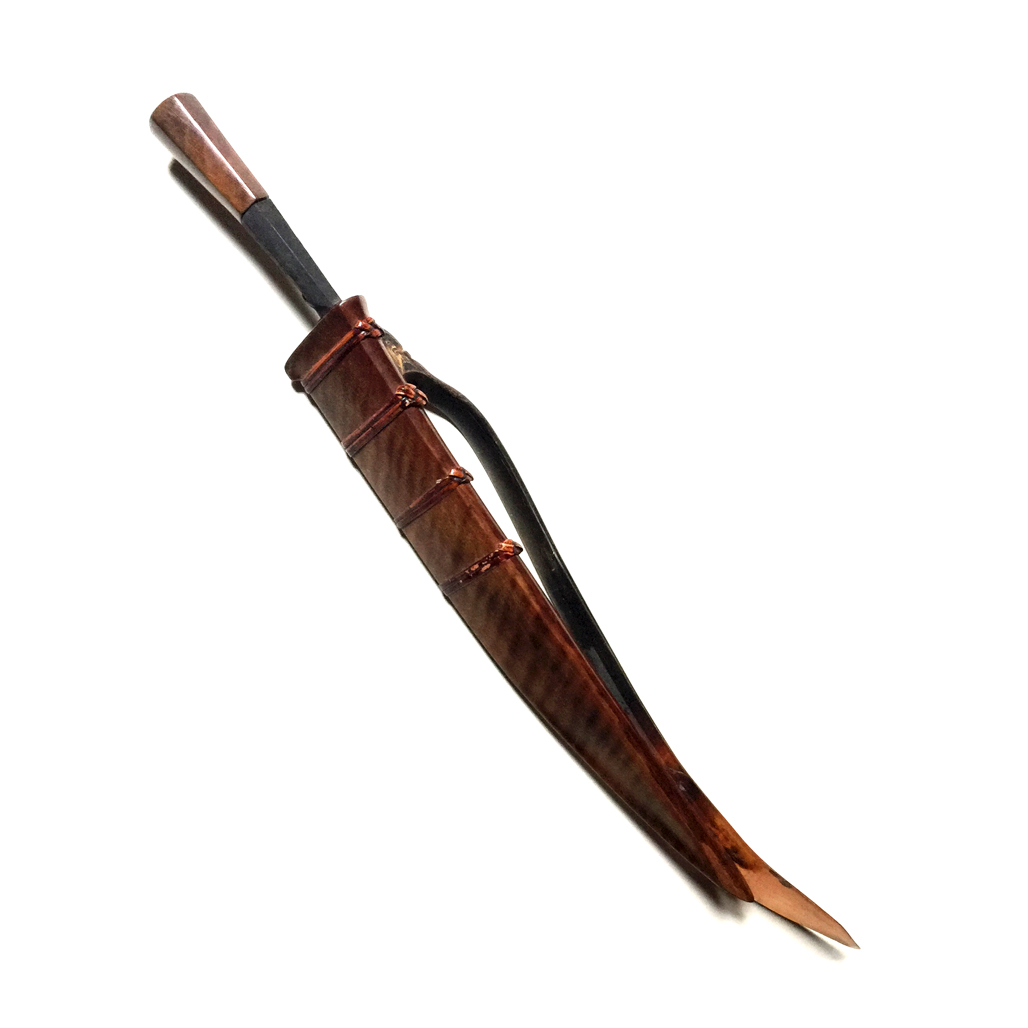