The rencong is a traditional stabbing weapon from the island of Aceh in West Indonesia. This type of dagger was used by the notorious guerrilla troops to fight the Dutch during the Aceh war (1873–1904 CE). Many cases have been reported in the colonial archives about Dutch soldiers being murdered with a rencong. The rencong is, therefore, first and foremost, classed as a fighting weapon. Though it can also be considered part of the traditional costume worn by the indigenous population of Aceh. Due to its relatively small size, the rencong can easily be tucked in one’s sarong, making it the perfect weapon for daily wear. This made it a very popular weapon among women as well. 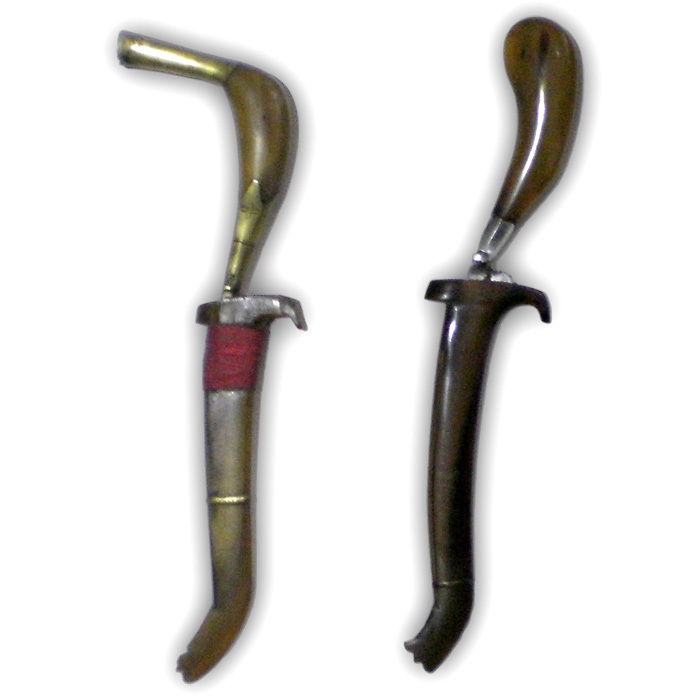 The design of the rencong is influenced by that of the Javanese keris, though it has a very distinct shape which cannot be compared to any other kind of traditional Indonesian weapon. The unique shape of blade is neither straight nor does it feature any luks (‘waves’) like a keris. Though old rencong daggers usually contain a pamor pattern, yet most rencongs made in the late nineteenth century are made without any pamor motif. 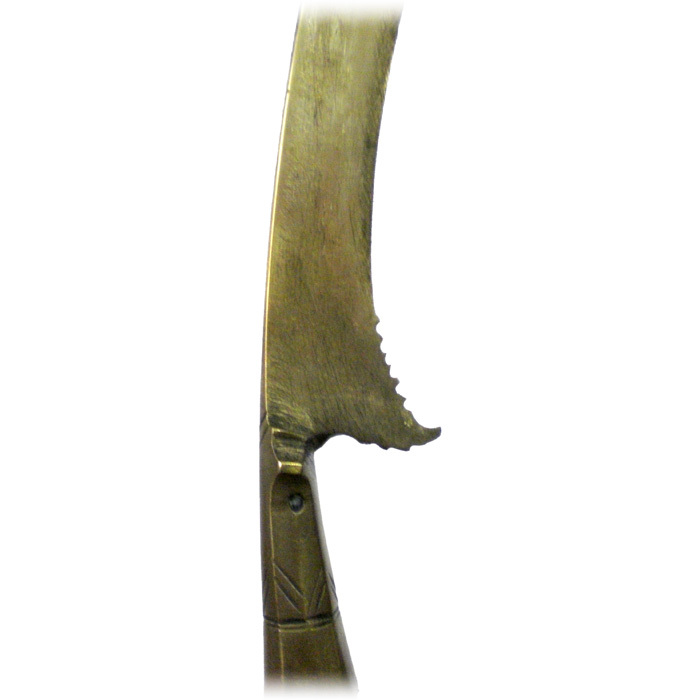 This is because during that time the function of the rencong altered from a ritual dagger to a practical weapon used for close combat fighting in the Aceh war. Thus, the quality of the material became more important than the additional damascening on the blade. From then on (early twentieth century), the blade of the rencong was preferably made from high quality steel or brass.

In the years after 1900, the Dutch colonial government enforced a law which prohibited Indonesians to wear swords, daggers, knives, and other traditional weapons. The Acehnese cleverly bypassed this desperate attempt from the Dutch to disarm the rebellious nationalists simply by changing the shape of the hilt of the rencong. The conventional design of the so-called ‘cugek’ hilt with an angle bent to 90 degrees was then replaced for the ‘pudoi’ hilt. Basically, the 90 degree angle was cut or sawn off which made it easier for the people to hide the rencong in their sarong. 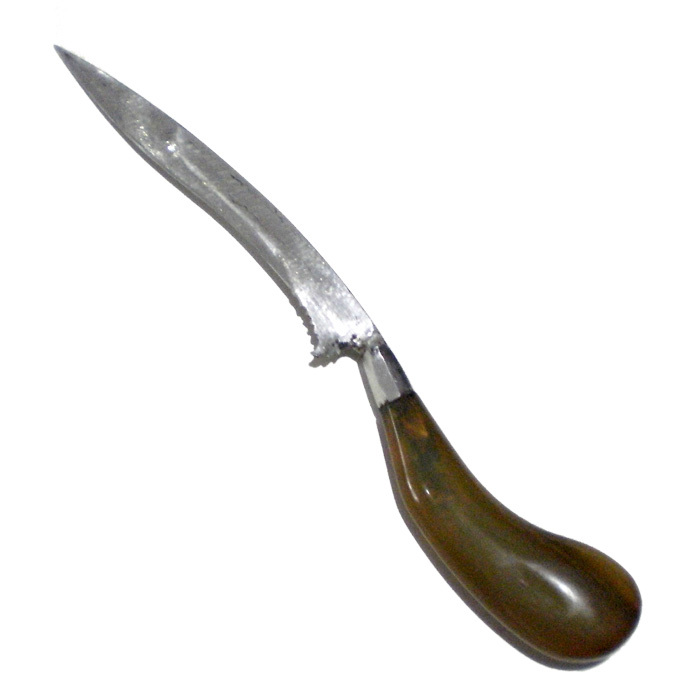